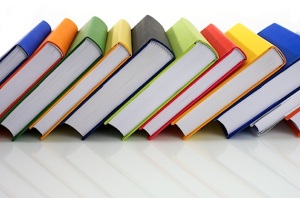 One of the highlights of becoming an author is getting to read some exciting books in advance, and hearing early buzz about others. It’s the book nerd’s version of seeing sneak previews of movies before they hit the silver screen.

Here are 12 books with big implications for the world of work that are likely to make a splash in the coming year:

After taking the world by storm with his captivating message about purpose in Start With Why, Simon Sinek has turned his attention to critical questions about the how. What does it take for leaders to transform paranoia and cynicism into safety and trust? Is a common enemy necessary for cooperation? I can’t wait to read about what he’s learned from military and corporate leaders.

In an increasingly competitive and dynamic economy, every organization is charged with building a culture that supports innovation. Whereas most books on innovation take a deep dive into one company’s success or failure, New York Times Corner Office columnist Adam Bryant casts a more comprehensive net, interviewing hundreds of executives to identify what’s effective across industries. Bryant offers an expert guided tour through the minds of the world’s most innovative CEOs, sharing insights that are both enlightening and immensely practical.

When I go to bookstores, I usually steer clear of the self-help section. In this case, I would have missed a gem. Small Move, Big Change is a rare self-improvement book that actually works. With the right mix of research evidence and practical examples from her experience as a technology leader on Wall Street, Caroline Arnold provides compelling advice for motivating ourselves to save more, eat less, get organized, boost our willpower, and even keep our New Year’s resolutions. It’s the most useful guide to getting things done sinceGetting Things Done.

4. Scaling Up Excellence by Robert Sutton and Hayagreeva Rao (February 4)

When I work with leaders, I often ask them about the biggest challenge that they face. The most common response, by far, focuses on spreading and multiplying success. If you have one team that’s thriving while others are sinking, how do you export their best practices to other teams across your organization? This pair of eminent Stanford professors is the first to shed systematic light on the pervasive problem of scaling with a landmark book full of rich case studies, powerful research evidence, and actionable ideas for anyone who cares about making groups or organizations more effective.

5. Everything Connects by Faisal Hoque and Drake Baer (February 21)

Philosophy, business, and history come together in this look at leadership, creativity, innovation, and sustainability from a successful serial entrepreneur and a cutting-edge journalist. With takeaways for large global companies and small startups, this book examines what leaders can learn from Eastern wisdom, Da Vinci, and contemporary psychology.

6. Thanks for the Feedback by Douglas Stone and Sheila Heen (March 4)

This is a potentially life-changing look at one of the toughest but most important parts of life: receiving feedback. Doug Stone and Sheila Heen, coauthors of Difficult Conversations, show how to take an honest look in the mirror, and gain invaluable insights about the person staring back at you. I’ve already taught the principles in the classroom and applied them in my own life, and the payoffs include less defensiveness, more self-awareness, deeper learning, and richer relationships.

In the quest for success, many people end up taking paths that they come to regret. Climbing up the ladder in pursuit of money and power, leaders and managers sacrifice their health and well-being, and miss out on meaningful opportunities to give back. Building on her celebrated Third Metric conference, Huffington Post cofounder and president Arianna Huffington is on a mission to redefine success beyond money and power to enhance well-being, giving, wisdom, and creativity. This book may be the Lean In of 2014—for women and for men.

8. The Humor Code by Peter McGraw and Joel Warner (April 1)

Humor is an invaluable resource at work: it helps leaders defuse the tension in moments of crisis, managers temper the sting of tough feedback, and employees generate creative ideas in brainstorming sessions. Thanks to the global adventures of a zany social scientist and a perceptive journalist, we can all figure out how to become funnier, and laugh out loud along the way. This book is so good that I wish I wrote it. In fact, I’ve already started telling people I did. Luckily, Peter McGraw and Joel Warner are givers, so they won’t mind. They’ve given us a remarkable look at what makes us laugh, with the perfect blend of science, stories, satire, and sweater vests.

You’re either born smart or you’re not. Most people hate this notion, but never question whether it’s true. Science journalist Annie Murphy Paul shows us that it’s false: intelligence is a renewable resource. In Origins, she revealed that the nature-nurture debate has overlooked the formative nine months that we spend in the womb. Now, she marshals two decades of evidence from psychology and neuroscience to explain how we can make ourselves and our kids smarter. This book is poised to shake up our parenting habits, our schools, and our workplaces.

10. Think Like a Freak by Steven Levitt and Stephen Dubner (May 13)

It’s one thing to admire the genius of the rogue economist and perceptive journalist who brought us Freakonomics and SuperFreakonomics. It’s another thing entirely to understand how they come up with their brilliant ideas. Their latest book takes us behind the curtain with studies, stories, and illustrations that enrich our abilities to solve problems in our personal and professional lives.

Why do some of the world’s most talented, accomplished people choose to fly under the radar, hiding in the shadows rather than clamoring for the spotlight? In his nonfiction debut, journalist David Zweig introduces us to some of the most successful people we’ve never heard of, from cinematographers to skyscraper engineers to United Nations interpreters. It’s a clarion call for work as a craft: for carefully honing expertise without hogging attention, for generously contributing knowledge without claiming credit, and for prizing meaningful work above public recognition.

Although details are still under wraps, this book by journalist and tech entrepreneur Shane Snow promises to uncover unconventional patterns among rapidly successful businesses and people, from innovators and hackers to daredevils and revolutionaries. Snow is one of my favorite writers, a maven of creative productivity who holds the keys to becoming an expert in less than 10,000 hours.

Adam Grant is a Wharton professor and the author of Give and Take, a New York Times andWall Street Journal bestseller on the hidden power of helping others. Follow him here by clicking the yellow FOLLOW above and on Twitter @AdamMGrant